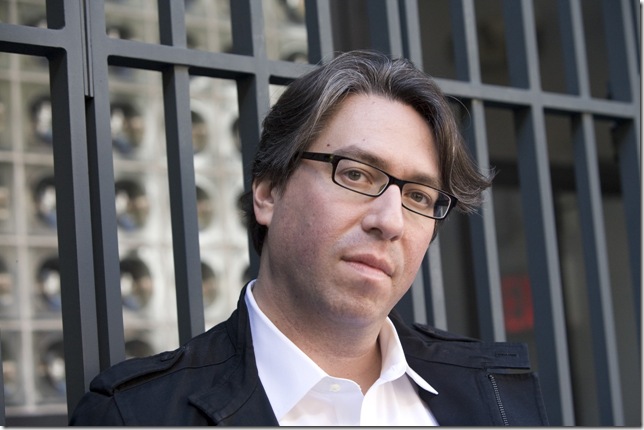 A Single Rose: Modernism in the Americas was the arbitrary title of Serapic Fire’s March concerts, offered in several South Florida venues March 9-16 (seen in Fort Lauderdale’s All Saints Episcopal Church, March 12), but neither roses nor musical modernism were at the core of the program.

The rose metaphor comes from a poem by Prague-born Rainer Maria Rilke (1875-1926), whose pungent poetry was the basis for the evening’s two major works; the “modernism” was intentionally ambiguous, as every piece on the program applied 20th-century techniques to older principles of harmony and counterpoint that hark back to the sounds of Palestrina and Bach.

It made for an engaging and varied 90 minutes of a cappella choral music — with piano appearing briefly in the last movement of the last piece — composed in the United States, Canada and South America between 1945-2001. Seraphic Fire, a flexible vocal-instrumental ensemble that adapts its personnel to the needs of the music at hand, utilized 13 expert singers, led by the accomplished guest conductor-composer Julian Wachner, the director of music at New York’s Trinity Wall Street church. In each of the five works performed, Wachner achieved admirably the delicate balance of allowing the singers leeway and flexibility, while maintaining technical precision and control.

The Rilke cycles by Wachner, 47 this year, and the older, Washington State-born Morten Lauridsen (b. 1943), made a telling contrast. The two composers used similar forces, technical devices and esthetic standards, yet the works were strikingly different from each other.

Wachner’s work, based on lively German poems about animals, is extroverted, kinetic and forward-looking. Lauridsen’s Les chansons des roses uses impressionistic poems about flowers, written by Rilke in French. The texts, like Lauridsen’s musical settings, are inward, passive and retrospective, up to the final movement — “So they say” — which introduces keyboard accompaniment and some of the ambience of a Marlene Dietrich cabaret song. The effect of the unexpected instrument and plush harmonies is a shocker akin to the introduction of colors into a black-and-white Rorschach test, in this context a thrilling and exhilarating sense of completion.

Lauridsen is the establishment composer, with numerous awards, more than 100 recordings and several Grammys to his credit. He traverses numerous musical styles in Les chansons des roses, opening with a lively late 20th-century take on the Renaissance madrigal, “In a single flower.” The second and fourth songs are more lyrical. “Against whom, rose” with its restrained, chordal lines, and the fourth, “The perfect rose,” gave the singers opportunities to display drawn-out pianissimos without losing resonance and vocal color. Central to this choral cycle is the relatively dramatic, dissonant “Overflowing with your dream,” which the choir delivered with full-blooded passion.

Each of the animals depicted in Wachner’s Six Rilke Songs conveys a different emotion. There’s a serious undercurrent, but the moods are conveyed with humor and fun. The elegant gazelle gives way to the restless panther (in which the female and male singers alternate between vocalizing and projection of the words). The vivacious flamingo (introduced with old-fashioned fugal counterpoint) makes room for the confident and serene swan and the bouncy, elusive cat. The mysterious unicorn then resolves the set on a lucid C major chord. Wachner depicts all this graphically in sound, and the Seraphic choir elucidated the meaning with sharply projected consonants and pure vowel formations.

Also laced with fun was the opening piece, Villa-Lobos’ Bachianas Brasileiras No. 9, the last in his collection of Bach in the Brazilian style. Originally a prelude and fugue for string orchestra, the composer’s own arrangement for choir has the voices emulating instruments, much in the manner of the Swingle Singers. The excellent rendition set the mood for the entire event.

Following Villa-Lobos was music by a fellow South American, Alberto Ginastera’s deeply serious Lamentations of the Prophet Jeremiah. Each of these Latin outpourings was highly charged: “O vos omnes” wild and lively, “Ego vir videns” a spiced-up modern take on Renaissance euphony, “Recordare Domine” concluding the trilogy with intricate counterpoint – all, incidentally rendered by the singers with sureness and virtuosity.

The Missa Brevis (short Mass) by Canadian composer Ruth Watson Henderson is well-crafted, intermittently interesting, and carefully suited to the Liturgy. Her style is marked by a rich harmonic palette, which, as elsewhere during the concert, the singers brought out with relish. The singers’ clarity of individual lines in “Quoniam,” their ethereal soft singing in “Sanctus” and the opulent chord sequences produced in the “Agnus Dei” were among the manifold niceties that permeated this unusual, highly creative program.

Film: Just in time with the opening of movie theaters in Palm Beach County comes the season’s most … END_OF_DOCUMENT_TOKEN_TO_BE_REPLACED

Music: The very last concert Franz Joseph Haydn attended in his life was in March 1808, about a year … END_OF_DOCUMENT_TOKEN_TO_BE_REPLACED